On our previous trips to Black Mountain of Maine, we have always marveled at the beauty of the mountain and the potential for gladed terrain. Glades are thinned area of woods designed for use by alpine skiers and some of the favorite skiing @MaineSkiFamily likes to do. On our trip there last March, we could see that a lot of work has been done to open up some glades at Black, but unfortunately the snow conditions that day prevented us from skiing the glades. Through social media I discovered a group called the Angry Beavers of Black Mountain. They are a group of volunteers charged with creating and maintaining the gladed areas of Black. Jeff Marcoux, one of the 'Angry Beavers' was kind enough to answer a few questions for my blog.

Thank you Jeff for taking the time and I highly encourage everyone to check out Black Mountain in Rumford, Maine. At $15/$25 per lift ticket... how can you go wrong?

We have been working on glades at Black Mountain since 2010 and our numbers have been steadily growing each successive year. The terrain is starting to shape up and impact the everyday skier at Black.  People riding the lift can see the glades and are starting to venture into the woods.

While most of the hard work is done in the cooler fall months, the work never stops.  We are keepers of the glades, stewards of the mountain, picking rocks out of trails, removing dead fall limbs, and lending a hand where ever may be needed on the mountain. For lack of other words we are Ambassadors of the mountain in a grass-roots effort to save the mountain from closure. 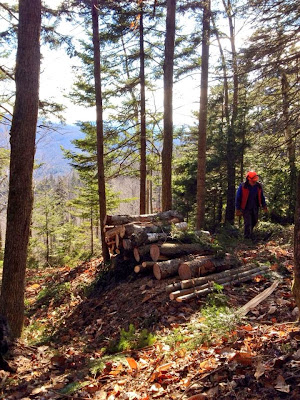 We started exploring areas for glade expansion and with the careful guidance of mountain management we slowly started opening up these areas. The forest at Black is generally mixed but the majority is hardwoods.  There is much remaining damage to the trees caused by the Ice storm of 1998 and diseased trees and dead fall are a fact we have to contend with pretty much at all elevations. The glade operations have been limited to chainsaw, hand tools and manual labor. No heavy machinery. This is where many helping hands make short work of the tasks. Over cutting is always a concern and we are trying to leave sustainable healthy stands of trees. Specie preference is given to evergreens for wind protection and shade properties, and healthy heartier trees such as oak or maple are retained where-ever possible. The initial cut sometimes requires additional cutting, as the trail doesn't flow or ski properly so we make a mental note or mark a tree for removal. Rocks are shielded by cut slash as much as possible and stumps are cut flush with the ground. We aim to have some of the cleanest glades around and utilize a basic 6 foot rule. This essentially is a rule of thumb that no two trees are within a 6 foot radius.  Examples of “trails with trees” in them can be found at other mountains listed as glades and are not what true glades skiers prefer. Time will tell how this style of forestry management (or mismanagement) will play out.

How many glades can now be skied at black?
Officially there are 9 gladed areas on the map and all are thus subject to ski patrol controls. Two small offerings were cut by the mountain circa 2006 while the remaining 7 glades were worked by the Beavers within the past 3 years. All are a work in progress.  There is abundant acreage that is accessible in any direction from the summit Triple to ski Black’s hardwood forest in its natural state. While this type of glade skiing may not always be fluid and rhythmic in nature, there is no disputing that it is an adventurous endeavor. Black has some of the best “Yo-Yo skiing” or “side-country” out of any of Maine mid-sized ski areas.

How would you rate the difficulty of the glades at Black?
According to the Mountain’s policies, all glades are considered to be for advanced skiers/riders, however, there are gladed areas for all ability levels. Examples of which are as follows;


Black Mountain has an 1150’ vertical drop and with carefully route planning several glades can be skied in succession to make use of the full vertical drop.

What is your favorite Glade?
It is tough to choose only one, but due to the variety in terrain and steeps, small drops, ever changing line of sight which enhances the element of surprise, I’d choose Lower Beaver Glades.

What is your favorite trail at Black?
Piscataquis to Penobscot (natural snow trails)

Why do you like Black Mountain?
I learned to ski at Black Mountain over 30 years ago, first riding the same T-bar that still operates to this very day along-side the “new” summit triple installed in 2005. I still remember that scary ride to the forth tower on the T-bar and was hooked on skiing from that day forward. As my abilities and interest grew, naturally we started going to all of Maine’s bigger mountains. Our family had outgrown Black’s limited offerings at the time and chose to ski the likes of Saddleback, Sunday River and Sugarloaf.

Fast forward past all of the complexities of early life of high school, college, a career that landed me in the 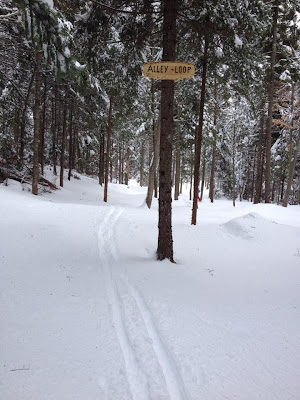 Granite State, and eventually with a family of my own.   As I explored my local ski areas for family rates and programs I was not prepared to pay the high cost for a family of four and deal with the over-crowded facilities.  So I turned my attention back where it all started for me; Black Mountain of Maine in Rumford. Fortunately, I found a new Black Mountain from what I had remembered. Thru the generous investments and donations of the Libra Foundation and the Maine Winter Sport Center, this was an entirely new mountain.  One which was reborn with a beautiful new post and beam Lodge, a new novice area serviced by a double chair lift, and a new Summit triple lift pushing the vertical drop to respectable numbers that were comparable to any one of Sunday River’s individual peaks. What I did NOT find were crowds or inflated ticket prices. Black Mountain offers affordable skiing at only $15 a day and a $150 Season Pass, an unheard of deal in the ski industry.

So what’s the catch?  It turns out, there isn’t one!  The move to Black was a home coming of sorts and my family has found their home-town mountain to learn to ski, just like I had done so 30 years ago.  My father cut his teeth just down the road on the slopes of cottie’s Tow in Rumford before the Chisholm Ski Club moved their ski operations to Black Mountain. My kids are the third generation to ski at Black and at times we all ski together.

Black Mountain has a storied past, largely known as a small alpine ski area with a focus on Nordic skiing and holding National level Nordic events. These events are well attended and the Chisholm ski club has a red-coated army of eager volunteers to pull off these events. The mountain would be hard pressed to sustain Nordic operations without the revenue of the Alpine skier, but as Bob Dylan sang “The Times They Are A-Changin”.  The loss of MWSC management and Libra Foundation funding required a new perspective and tightening of the operations budget.

After the Maine Winter Sports Center backed away from Black the summer of 2013 and handed over the generous gift to the Non-Profit Black Mountain Board of trustees. Much was up in the air to where the mountain would go from that point. The rally to save to mountain and come up with the necessary funds of $150,000 for continued operations may be a one-time deal. The survival of the mountain is fragile and is relying on skiers to support the mountain by giving them their business. One bad season could potentially close the mountain for good. The 2013-2014 ski season is a make or break year for Black Mountain of Maine. 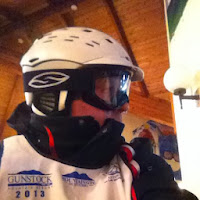 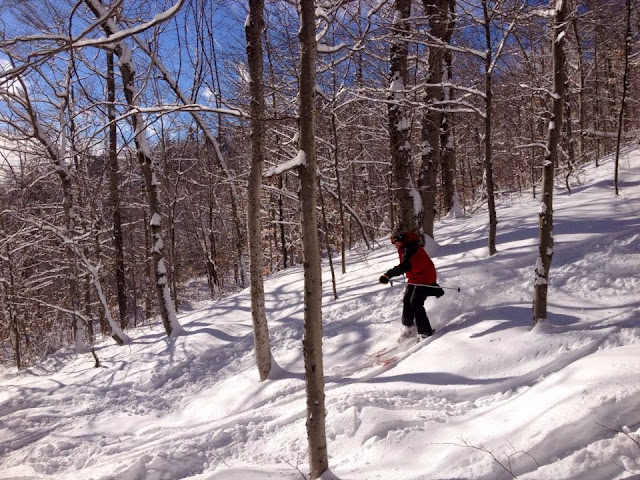