0 0 Michael Salisbury Tuesday, August 26, 2014 Edit this post
After a one year hiatus we made our pilgrimage back to Baxter State Park's Russell Pond campground to enjoy this wilderness setting and catch some native Maine brook trout. We were not disappointed! This year we added Isaac's schoolmate and friend Caiden. Hiking in separately and joining us for a couple of days was my wife Juley's Uncle Russ and his hiking friend Fritz.

The 4.75 hour hike in was uneventful but tiring as usual. Caiden and I were packing 50 pounds and Alec and Isaac had 35 strapped to their backs. I suppose the can of beer didn't help my weight but it sure tasted good when I cracked it open after our hike in! As usual we rented out all the bunks in the Russell Pond Bunkhouse which is a nice place to be after a long hike.

Overall the fishing was very good. We primarily fish 3 ponds. Russell pond adjacent to where we camp and the close by Deep and Six Ponds. Typically Russell is hit or miss for us this time of year, but this year we were able to get some fish out of it. The first evening I was able to land a beautiful 12" brook trout on a Hornburg fly. Caiden and Isaac were able to land a couple on worms and we had 4 fish for dinner. Yummy!

The second day we hit Six Ponds which is about a 1.3 mile hike from Russell. My youngest son Isaac tried fly fishing for the first time. He got a fish on the very first cast! Being so remote, Six Ponds gets very little fishing pressure so the trout are extremely eager and is a great place to learn how to fly fish. You can basically throw a piece of lint on the water and the fish will hit it. It took us about an hour or so to figure out where the fish are but once we found em, it was a fish almost every cast. We lost count but we estimate between the four of us, we landed about 80 fish mostly in the 6"-9" range. Here is a video of a fish literally leaping out of the water for my fly.

The evening of the second day Isaac was able to land a beautiful 11" brook trout at Russell on a fly rod. He
had to work harder for this one... making a good cast to a rise and then playing in a much bigger fish to the boat. Well done!

We rounded out our fishing at Deep pond the evening of the third day. This year the kindergarten class was out at Deep and while the fishing was active, the fish were very small. It was still a lot of fun and Deep is a beautiful spot.

All 3 of these waters have never been stocked classifying them as native brook trout fisheries.

We took a day hike to Grand Falls which is about a 2.5 mile journey from Russell. This is quite a dramatic set of falls cascading through rock and ledge formations. We took a quick and quite refreshing swim... but the water was ice cold even in August!

One thing that is great about Russell is that it gives you the opportunity to totally unplug, unwind and enjoy nature. There is no light pollution at Baxter! My son Alec was able to get some great star shots.

The hike out was tiring but the day was bright and temperatures were moderate. We were collectively 30 pounds lighter in our packs but the last couple of miles always drags. It is great to get back to the truck to drink our victory beverages we have stashed in a cooler and change into some clean clothes. Overall a fantastic trip with great company and I am already looking forward to doing it again.

To wrap up this post here is a video montage of our journey that Isaac put together.


Thanks to Alec Salisbury, Caiden Shea and Isaac Salisbury for supplying the images and videos for this blog post. 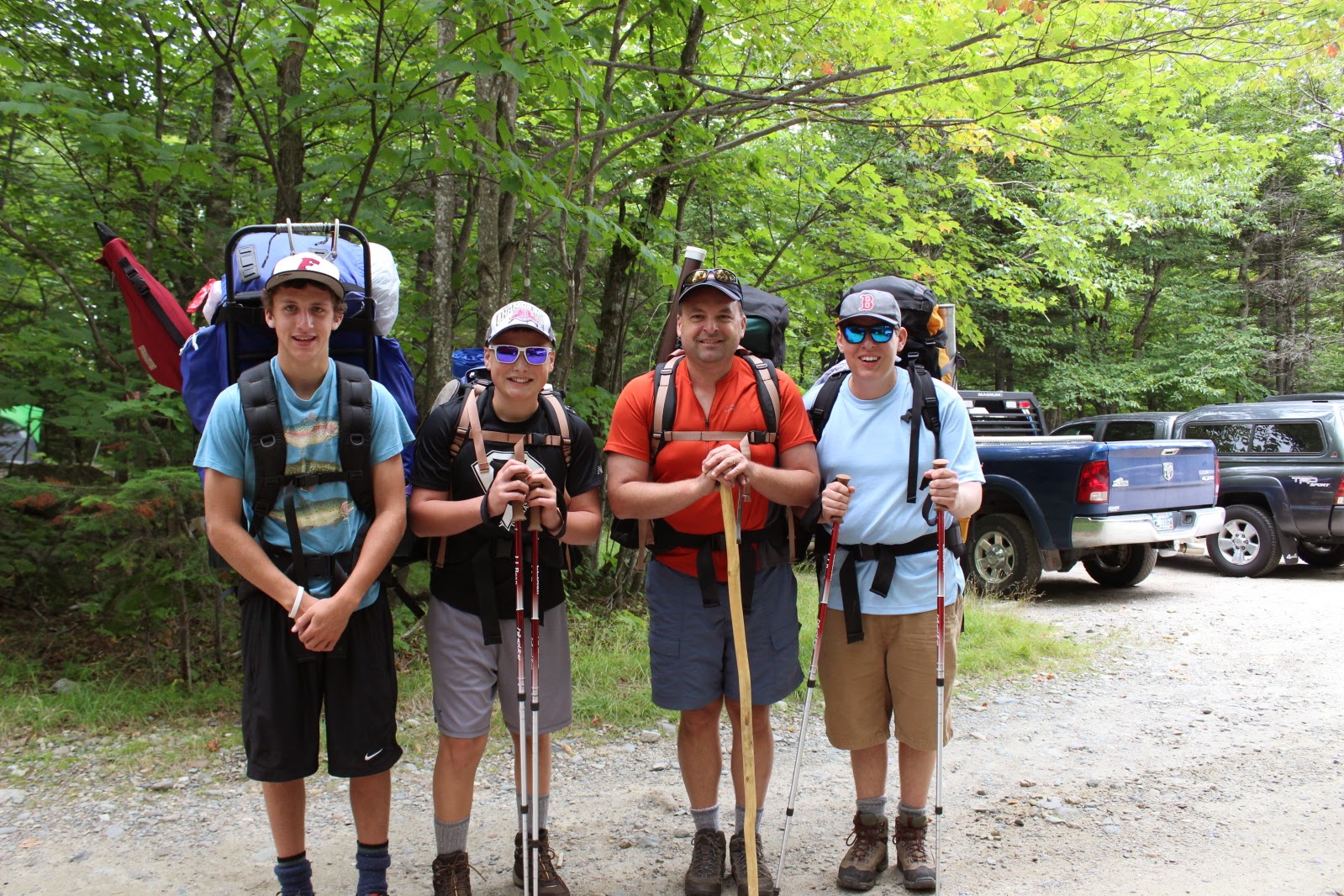