2 0 Michael Salisbury Thursday, January 29, 2015 Edit this post
While Saddleback did not get slammed with snow like the coast did during the January 2015 blizzard, they did pick up a solid foot which freshened things up considerably to say the least.

The Freeport school system called off classes for a second day on Wednesday and that meant the @MaineSkiFamily boys and mom had a bonus ski day. Too many things going on at work for the old man. They report that while some of the entrances to trails were blown off due to the high winds during the storm, the snow was deep and fluffy once down the trail a bit. Some of the @MaineSkiFamily favorites like Wardens Worry and Governor skied exceptionally well and all the glades were spot on. Overall a great 'school' day on the slopes!

More snow on the way Friday looks like! Get out there and ski in Maine!

Here is the video of the day. 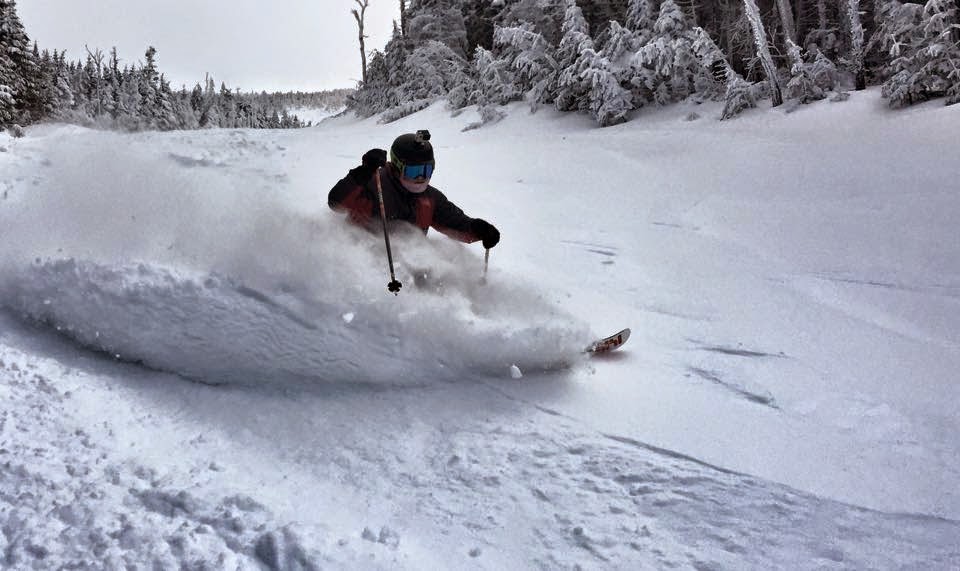