2 0 Michael Salisbury Friday, October 22, 2021 Edit this post
We are quickly approaching another ski season here in Maine. Some of the northern ski areas have already received a first snowfall. We reached out to Maine ski areas to learn what is new at their mountain for the upcoming ski season and they have been BUSY! Read on below...

Molly Shaw, marketing team member at Saddleback, reports that everyone is excited about the upcoming ski season and they are targeting a November 23 opening date. Saddleback has invested over $30 million dollars in the past year and a half, including 4 new lifts (including a new T-Bar and Carpet Lift for the 2021-22 season), $3 million in snowmaking upgrades, 3 new groomers and a major renovation of the base lodge. Additionally, Saddleback has begun construction of the Mid Mountain Lodge which is expected to be complete in Fall 2022.
At the Base Lodge, there will be more dining options on the first floor, including the new Market at Saddleback and Kennebagels. These locations will offer a variety of items including healthy grab-and-go sandwich and salads, smoothies and boxed snack packs.
A new battery of snowmaking pumps is being installed at the pumphouse by Saddleback Lake that will double the water pumping capacity to get the snowmakers making more snow on the trails more quickly. Saddleback is continuing to leverage its RFID ticketing technology to offer multi-day ticket packs and advanced sale of day lift tickets at discounted pricing. The Saddleback team is looking forward to the 2021-22 season and welcoming their guests to the mountain! 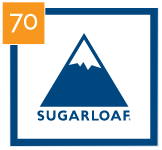 Noelle Tuttle, the Marketing and Communications Manager at Sugarloaf, shared with us that significant investments in the snowmaking system was made over the summer. 210 new low-e tower guns were installed at numerous trailside locations. Additionally, a new water main and booster pump house were installed mid-mountain near the Bridle Chain trail to enhance their upper-mountain snowmaking capacity and help open more terrain earlier in the season.

Earthwork is being done at the base of the Skyline lift to add fill to expand the maze area and brush clearing crews were on-site this summer cleaning up many of the glades around the mountain. Additionally, the Sugarloaf on-mountain ski shop Downhill Supply Company has taken delivery of an all-new Wintersteiger Jupiter automated ski-tuning machine and will have it ready for the ski season. Sugarloaf will continue to work on executing their long range master plan, including the build out of the West Mountain real estate development and ski terrain which includes a new lift. Looks like a great season coming up for Maine's highest ski mountain!

Karolyn Castaldo, the Director of Communications for Sunday River, reports to us that the mountain continues to heavily invest in their snowmaking infrastructure with the installation of over 9.5 miles of new snowmaking pipe and significantly added to their fleet of fan and tower guns. Two new ski-in/ski-out housing developments are in the works and they are installing a new chairlift to service the Merrill Hill real estate development.

On the environmental front, through their parent company Boyne Resorts they are purchasing renewable energy credits to 100% offset their energy use for the upcoming season and have plans to hire a sustainability coordinator to lead additional efforts in energy conservation. Sunday River has also made it easier to change the dates of pre-purchased lift tickets through their new Easy Change program. Check out all the details in their season preview press release. They will also continue to work on executing their long range master plan, including the installation of an 8-person chairlift for the 2022-23 season. It looks like a fantastic year is on-tap for Sunday River! 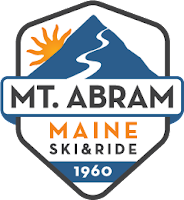 Zach McCarthy, the Director of Communications for Mt. Abram, shared with us what's new for the upcoming season. Mt. Abram is continuing to service the uphill ski touring and split boarding community by offering uphill tickets, uphill season passes that provide access to their uphill trail and warming hut at the top of the mountain. Additionally, they have an extensive uphill demo fleet for rent for those that want to try out the uphill experience. Uphill travelers can also join an array of uphill programs that will be offered this winter. These programs are inclusive designed for beginners and experts alike.

The downhill crowd will enjoy upgrades to the snowmaking system via the replacement of hundreds of yards of buried snowmaking pipes. A new snowmaking manager has been hired with over 20 years of experience to lead the effort this winter. Additionally, the drive was replaced on the main lift to improve lift efficiency and reliability. There is a lot to look forward to at Mt. Abram this ski season!

Deanna Kersey, the Marketing Director for Black Mountain of Maine, reports that the mountain will be open Thursday-Sunday this year and will be able to offer some great weekday ticket deals again this year through their partnership with L.L. Bean. For the days they are not open to the public, the entire mountain can be rented for private events, which includes access to the alpine, nordic and tubing areas.

The Angry Beavers volunteer group have been busy with the upkeep of the fantastic gladed areas of the ski area. Black Mountain is also excited to offer access to the gladed terrain maintained by the Granite Backcountry Alliance which supports a backcountry ski and snowboard zone on the northeast aspect of the Rumford Whitecap area. It is shaping up to be another great season at Black Mountain of Maine!

Travis Dow, who handles marketing for Lost Valley, reports many capital improvements at the ski area this season. A new Pisten Bully Groomer has been added to the fleet along with 2 new-to-the-mountain snowmaking fan guns. The access road to the mountain as been repaved. The ski patrol has a new patrol shack at the top of chair 2 (silver chair) and they have removed trees to widen trails most notably on Lower Foxhole and Squirrel Run. Lost Valley's accessible urban location is an key in introducing new people to the sport.  Lost Valley is looking forward to all these improvements enhancing the guest experience this winter!

Shawnee Peak reports on their blog some major improvements to their snowmaking system with the purchase of HKD SV-10's snowmaking guns and Klik advanced hydrant systems. Also, HKD Tower Fans are being installed on the Main and East slope. A new specialized power line is installed to the mid-station to provide more power and flexibility for future enhancements to the snowmaking system. Shawnee Peak is also offering more real-estate options in its new Mountain Village at Shawnee Peak.
Also, Shawnee Peak announced on October 22nd that they have sold their operations to Boyne Resorts - owners of Sunday River and Sugarloaf in Maine. It will be interesting to see how this changes, and hopefully improves, the Shawnee Peak experience. Regardless, this area is easily accessible from Southern Maine and Shawnee Peak is poised to have another great season!

Aaron Damon, the Marketing Director and Assistant General Manager at Big Rock in Mars Hill, says the skiing will be great this season and is excited about their community events coming up. These events include their annual ski swap and sale on on November 13th; Thrifty Thursdays sponsored by L.L. Bean where they offer $15 lift tickets and $10 rentals for all ages each Thursday during the ski season; A learn to ski course through the community adult education program and participation in the annual Country Snow Fest via their Torch Ski event the evening of January 28th. Big Rock looks to once again be a big part of the community ski scene in northern Maine!

According to their Facebook page it looks like this community hill in Jay, Maine received a new-to-them groomer for the upcoming ski season. They have a Gofundme page to help raise funds. Great news for Spruce Mountain and this should really enhance the ski experience this winter! 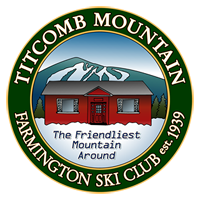 Angela Norton, Titcomb Mountain co-manager, let us know that they are utilizing a donation from the Bjorn Foundation to make much needed improvements to the base lodge including replacing the kitchen counters, floor and sinks and the lodge rug prior to the season opening. Additionally this donation allowed them to obtain 5 new high efficiency snow guns. The member workday resulted in brush clearing, painting shingling the woodshed and pump house roofs.  Last but not least they purchased a new-to-them groomer that will be in-use this coming ski season!
They are back to their full race schedule this year - Hosting HS, college, USASA races and events, locals race nights under the lights, and the Nordic Twilight Series and Eastern HS Championships. They will start to make snow after December 1st as temperatures allow targeting a mid-December opening. It should be an excellent winter at Titcomb! 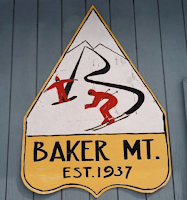 A group of volunteers have worked hard over the summer and fall to repaint the lodge. You can follow their progress on their Facebook page. In early November they will be hosting a volunteer day to clear brush around the ski trails. Community ski areas are a treasure and looks like the fine folks at Baker up in Moscow, Maine are ready for another great ski season!
We will continue to reach out to other Maine ski areas and update this post as their season improvement plans become known. THINK SNOW!
Post last updated October 24, 2021 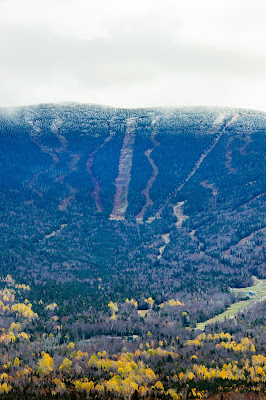